Helping the most vulnerable with the cost of living

The last few years have been unprecedented – from a pandemic that has severely damaged the global economy to a cost of living challenge now being felt across the world.

Due to a series of global forces – economies reopening following the pandemic, Russia’s invasion of Ukraine, and a fresh wave of lockdowns in China – families and businesses are being hit here at home through a significant rise in inflation and therefore everyday prices.

While it is impossible for any government to solve every problem, the priority today must be to help the millions of families struggling with the cost of living. The Government is doing this today through a £15 BILLION package which will support the most vulnerable one-third of households with £1,200 each:

They are now providing a total of over £37 BILLION of support to help families with the cost of living. This forms part of their plan for a stronger economy – creating jobs, cutting taxes on working people, reducing borrowing and debt, driving businesses to invest and innovate, unleashing a skills revolution, seizing the benefits of Brexit, and levelling up growth throughout the UK.

This builds on the Government's existing £22 billion package of support to help families address the cost of living:

A reminder of 16 TAX CUTS that Conservatives have introduced during and following the pandemic:

Today's set of announcements are very welcome: specific, well-considered and imaginative interventions targeted to help the most in need. Over the coming year we will need yet more creativity and compassion to support those most heavily impacted by the cost of living crisis and to ensure the economy performs as best it can in tough global conditions.

This is not the end of what the government can and will be doing to help us get through this crisis, and I look forward to seeing more effective interventions over the coming year. 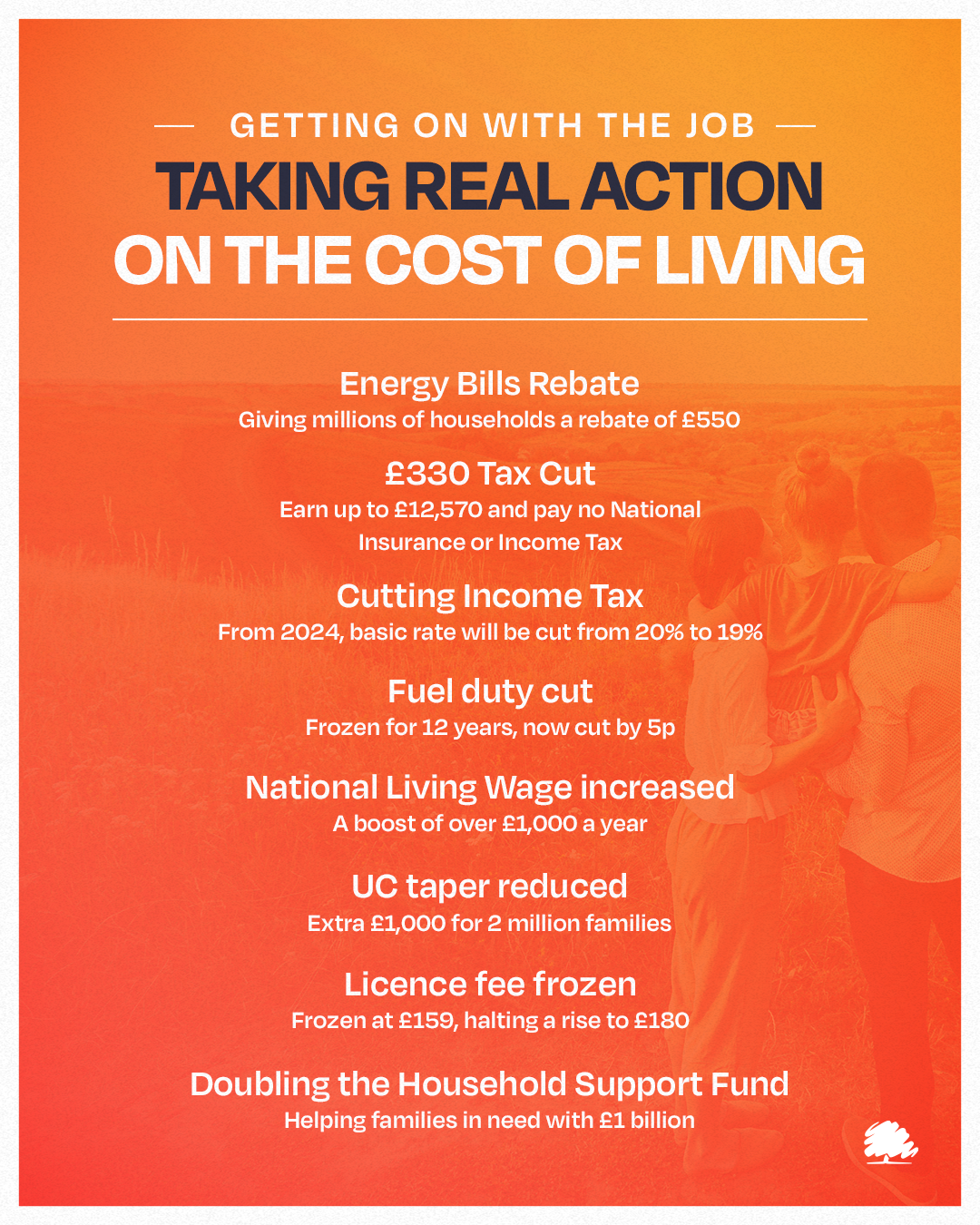 Rape is a horrific crime that can have life-long devasting impacts on its victims, which is why it is essential that victims get the best support possible as they seek justice.