The new deal explained: getting Brexit done and taking back control 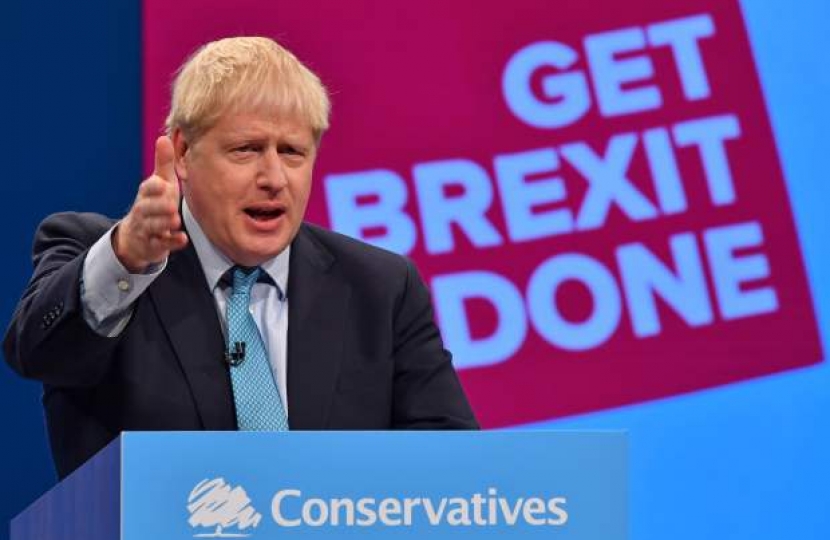 The Prime Minister has negotiated a new deal – this is a real Brexit deal which ensures that we take back control.

This new deal ensures that we take back control of our laws, trade, borders and money without disruption, and provides the basis of a new relationship with the EU based on free trade and friendly cooperation.

This is a deal which allows us to get Brexit done and leave the EU in two weeks’ time, so we can then focus on the people’s priorities and the country can come together and move on.

We will leave the EU’s Customs Union as one United Kingdom and be able to strike trade deals all around the world.

The Prime Minister has achieved what many said was impossible and negotiated a new deal so that we can respect the referendum result and get Brexit done on 31 October, without disruption and in a friendly way.

Boris has been Prime Minister for 85 days. When he took over, everyone said it would be impossible to get a new deal and get Brussels to retreat. He’s pulled it off. Boris has:

There will be a special arrangement for Northern Ireland, reflecting the unique circumstances there. We will guarantee – and reinforce – the peace process and avoid any issues at the border.

Crucially, this arrangement will be underpinned by the principle of democratic consent, through the ability to leave the special arrangement via a democratic vote in the Northern Ireland Assembly.