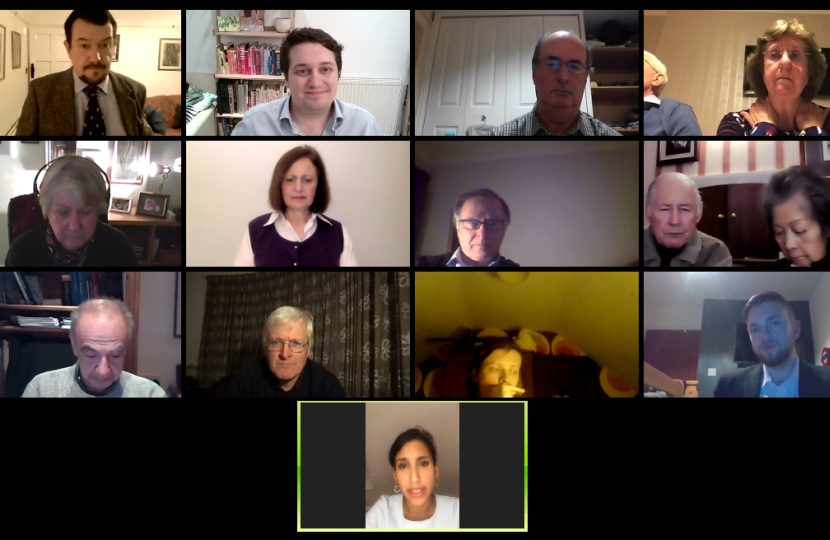 I was really pleased to be able to accept an invitation from the Caterham Hill Conservatives to address their Annual General Meeting earlier this evening.

They asked me to join as their guest speaker to update them on the current financial situation in Croydon Council: what caused it; what it means for our community; and what's coming next.

East Surrey Conservatives were so helpful to me during my 2019 Parliamentary campaign that attending their meeting was the very least I could do. As soon as we're permitted I'll be sure to help out with their elections in May.

It was interesting to hear the many issues that their community is facing. My council ward of Coulsdon Town is on the southern-most Croydon border, a stones throw away from their own ward, so many of my residents experience the same difficulties that theirs do - a reminder that problems generally do not tend to obey the invisible borough boundary line!

The Four Steps of the Lockdown Roadmap Explained

The Prime Minister set out today the four-step roadmap that will guide us out of lockdown. Here’s what that roadmap means for you.