ConHome: the candidate we need to chair the Social Mobility Commission 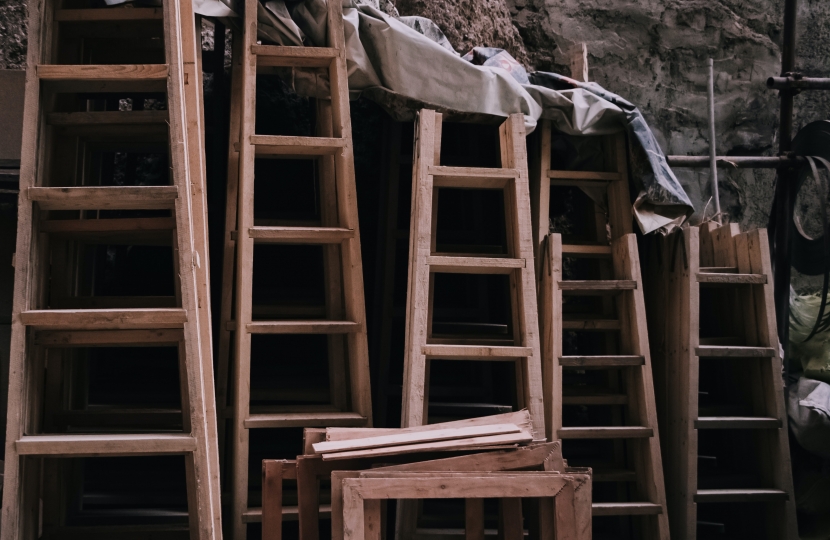 Today, the final interviews are taking place to appoint a new Chair of the Government’s Social Mobility Commission. A reported 15 hopefuls will be whittled down to the ultimate victor.

It is a contest so vital to our future success as a nation that I wonder if the selection panel fully appreciates just how much we need them to appoint the right person.

We have known for many years now that where you grow up, what your parents did for a living and where you went to school are huge predictors of life outcomes in the UK:

It’s a cause that’s been championed by governments of all colours for decades, yet the social mobility stagnation continues – with the impact of the pandemic on our education system revealing it now more acutely than ever.

Between March 2020 and April 2021, children in England lost an unprecedented 110 days of learning in school. When the academic year consists of 190 classroom days, this means young people missed out on 58 per cent of the time they would normally spend in class. While understandable from the point of view of limiting the spread of Covid, this is precious, life-defining time that’s been lost forever.

In early July, the National Audit Office found that the balance of schools funding has shifted from more deprived schools to less deprived schools. Average per-pupil funding in the most deprived fifth of schools fell in real terms by 1.2 per cent between 2017-18 and 2020-21, while increasing by 2.9 per cent in the least deprived fifth. While likely the result of a technical bureaucratic error, the NAO rightly recommends that the Department for Education reviews whether its national funding formula is meeting its objective of allocating school funding fairly.

Particularly in the wake of the pandemic, Robert Halfon, who writes on this sitre today, has repeatedly called for a long-term plan for education – but this would be missing a trick if it didn’t seek a degree of prioritisation for those pupils eligible for free schools meals, and for those in social mobility cold spots.

Research carried out last September by the Institute of Fiscal Studies and University College London identified such ‘cold spots’ across the country. They often have fewer professional and managerial occupations, fewer outstanding schools, higher levels of deprivation and moderate population density. Chiltern in the South East is the community experiencing the least social mobility, followed by Bradford – three quarters of the least socially mobile areas in England are in the North: Hyndburn, Gateshead, Blackpool, Oldham, Bolton, Stockton-on-Tees and Kirklees.

Differences shouldn’t be as geographically pronounced as this. As we look to rebuild post-Covid, the Government’s admirable mission to Build Back Better, combined with the inequality that the pandemic has exacerbated, must be taken as the catalyst we all need to tackle British social mobility torpor once and for all.

The talented Neil O’Brien knows this. In 2012, he served as Alan Milburn’s deputy at the Social Mobility Commission. In his new role as the Government’s Levelling Up Adviser, he needs a fresh lieutenant in the Commission to help him conquer the challenge from the top down and the bottom up: someone who can work with him to galvanise the landmark Levelling Up White Paper due later this year.

This isn’t just a romantic meritocratic quest: there is a practical political and acutely moral driver to advancing the social mobility agenda.

Frank Lutz’s research for the Centre for Policy Studies last week noted that just one in four people (27 per cent) thinks the UK is “invested in them”. Only 42 per cent think that they themselves are invested in the UK. Lutz said:

There is a segment of this population who thinks that they have given something to this country and this country’s not given them anything back… Those are people susceptible to populism, wokeism and extremism.

If we cannot instil a sense of common civic investment in our country, political unpredictability will likely become the rule rather than the exception. Trust in authority figures and established societal structures will erode. Why bother going to school and working hard if there’s ultimately no hope of escaping historic poverty and bettering oneself?

A broader respect for diversity, tolerance and our shared cultures could fray to oblivion. Having a stake in the game is vitally important for our long-term stability and prosperity as a nation: one of the keys to strengthening that is by turbo-charging social mobility.

Whoever is successfully appointed Chair of the Social Mobility Commission needs grit, determination and a true grassroots understanding of what our struggling kids need to get on in life. Opportunity is at the heart of levelling up. It, and creating a truly socially mobile society, should be something that they and all good Conservatives full-throatedly support if the goal is to permanently build back better post-Covid.

This article first appeared on ConservativeHome on Wednesday 14th July 2021.

Photo by Khashayar Kouchpeydeh on Unsplash