ConHome: we must use the Lib Dems’ tactics against them | Mario Creatura Skip to main content

ConHome: we must use the Lib Dems’ tactics against them 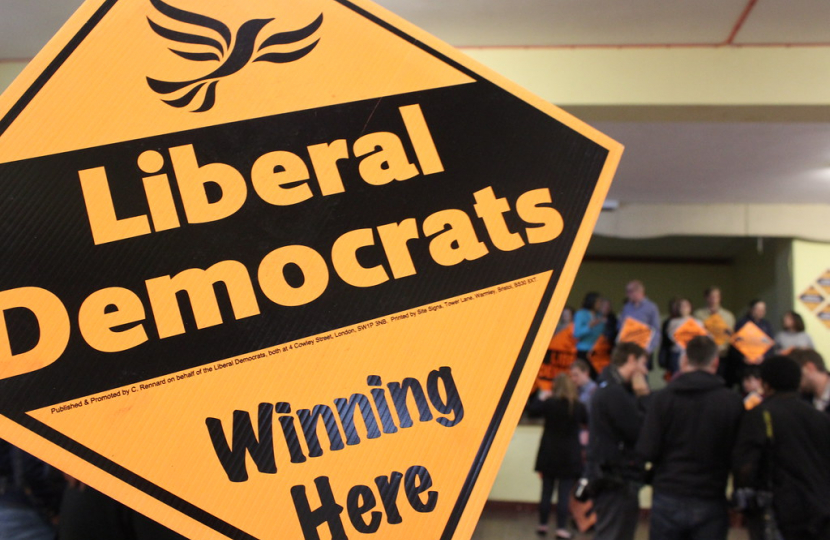 This past weekend the Liberal Democrats descended on Staffordshire for a supposed ‘secret’ strategy briefing from party officials. Their topic: Operation ‘Tory Takedown’ – a plan to unseat Conservative MPs in Blue Wall seats.

More than 100 activists, MPs, candidates and staffers met to receive their orders. They’ll focus on issues like rising energy bills, the NHS, allegations of corruption and the potency of dodgy bar charts. But their campaign’s final plank is what we Conservative grassroots campaigners should be most exercised about.

A poll of 2019 Conservative voters showed that 49 per cent agreed with the statement the Conservative MPs and local councillors are “taking people in the Blue Wall for granted” . It’s this flawed perception that the Liberal Democrats intend to repeat ad nauseum.

This is not a fresh electoral innovation – it’s in their DNA. Contained within the late Paddy Ashdown’s autobiography, ‘A Fortunate Life’, is a chapter entitled ‘The Winning of Yeovil’. It details his seven year effort to turn a constituency that had been Tory since 1918 into a Lib Dem gain at the 1983 General Election.

In the book, Ashdown says of Labour:

The Labour organisation, though much stronger than ours and with a substantial vote on the ground, was complacent. It took its support in the poorer areas of the Constituency for granted and was based too much on the trades unions and too little on community activism… there was a reservoir of votes to be tapped into here, if we were prepared to work at it.”

And on the Conservatives:

The Conservatives, too, though outwardly all-powerful and monolithic, had actually become rather tired politically. They overwhelmingly controlled all the local Councils, had a branch in almost every village, could outspend us many tens of times over… but they had become much more a social organisation than a political one, were used, at the Council level, to being elected without opposition, especially in rural seats and also generally took their vote very much for granted.”

That theme of taking voters for granted is old hat, but it’s foundational to the ‘community politics’ playbook used by the ‘yellow peril’ ever since.

It is incumbent on us all to better understand how we are to be attacked so that we can better prepare our defences. Thankfully, Ashdown lists the eight commandments that formed the basis for his strategy:

If you have faced them, this won’t be surprising. It is critical we learn from it.

It doesn’t matter who your opponent is. We must use this summer, and any honeymoon period under a new Prime Minister, to brace ourselves for these localised incursions. In many historically Conservative-voting areas the Lib Dems and Greens are already nibbling away at our wards. By understanding their approach we can strengthen our incumbency, and advance in wards held by the opposition.

There are many inspiring examples of this work already happening up and down the country. Despite the challenging national context, Conservatives have been successfully gaining seats. Take Ross Playle, for example. In 2021 he was successfully elected the County Councillor for Witham Northern, in Essex. Crucially that year he was the only Conservative candidate anywhere in the country to successfully take a seat off the Green Party. How did he do it?

Like Ashdown, Ross had a plan. 10 months, mapped out, including a regular literature programme, surveys, and canvassing. He was everywhere, engaged in hyper-local issues, and tapped into core community groups to demonstrate repeatedly that he had the ideas and the commitment to earn their trust and so their votes. Meticulously worked, with data informed by common sense, he increased his share of the vote from 38.5% to 42.55% – beating the Green incumbent by just 39 crucial votes.

Victor Lewanski, the newest Conservative borough councillor for Reigate ward in Surrey, is another role model. This year he was able to gain his seat from an independent that had built up more than a decade of incumbency. Every election cycle he visits all of the roughly 9,000 properties in his ward, distributing regular letters on local issues of interest and subtly promoting his effectiveness and track record of delivery. Victor now has a well-earned 522 vote majority.

My home Association is Croydon, and in May we took control of our Council after being in opposition for 8 long years. A month later we retained a marginal council ward in a by-election with an increased majority, despite the challenging national picture. Local factors were at play, but we’d also spent a decade diligently building a campaigning machine, supported by dedicated activists, proactively listening and acting on the needs of our community.

These are just a few of the doubtless many stories of electoral success supposedly against the odds.

We must never be complacent. The safest seats, the bluest Councils, can turn with fierce speed. But there is clearly hope: we can repel their advances, boost our incumbency and still take wards held by opposition parties, irrespective of what’s happening nationally.

Ashdown built a formidable campaign machine that slowly and consistently delivered significant gains for the Liberal Democrats – and we have their blueprint for how they did it. We know their historic campaign approach, we know their current messaging strategy, we can turn this against them by using their methods to boost our marginal campaigns and our incumbency.

Wise words when first written in the 5th Century BC, and still applicable to all Conservative campaigners today. The question is: what will we do next?

This article originally appeared on ConservativeHome on 28th July 2022.