The Conservatives will cut taxes for working people 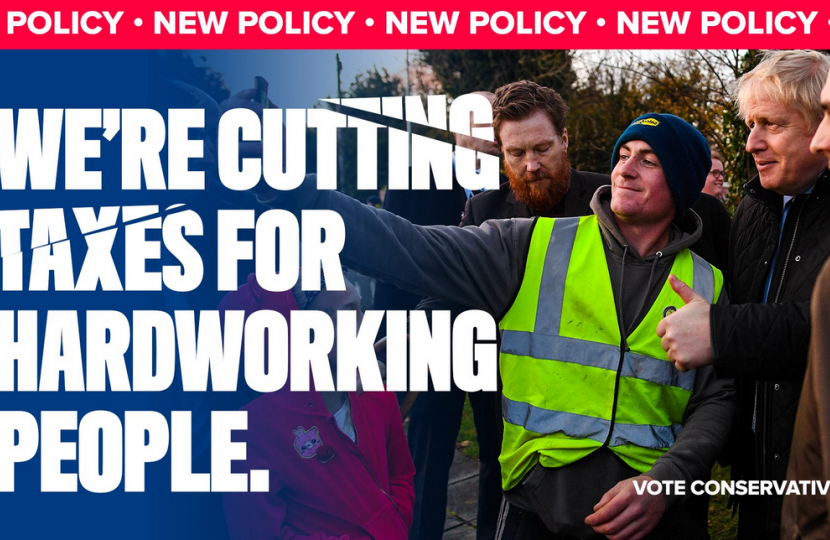 A Conservative majority Government will cut taxes for millions of working people on low and middle incomes, the Prime Minister has announced.

National Insurance contributions (NICs) are paid as a percentage of a worker’s earnings, like income tax. For most employees, it currently applies at a rate of 12% on earnings above £8,632. Under the Conservatives:

This follows Conservative action to cut taxes for people on low and middle incomes by increasing the Income Tax Personal Allowance. Since 2010, the Conservatives have doubled the personal allowance to £12,500, so that a typical basic rate taxpayer now pays £1,205 a year less tax.

“The Conservatives have already cut income tax for over 30 million working people. Now a Conservative majority government will go further by cutting National Insurance too.

“It’s only because we will get Brexit done and end the uncertainty that we can afford to cut taxes for hard-working taxpayers.

“By contrast Labour would create further uncertainty with two chaotic referendums while increasing taxes on every taxpayer by £2,400 a year.”