Neil Garrett chosen to be Croydon's next GLA candidate 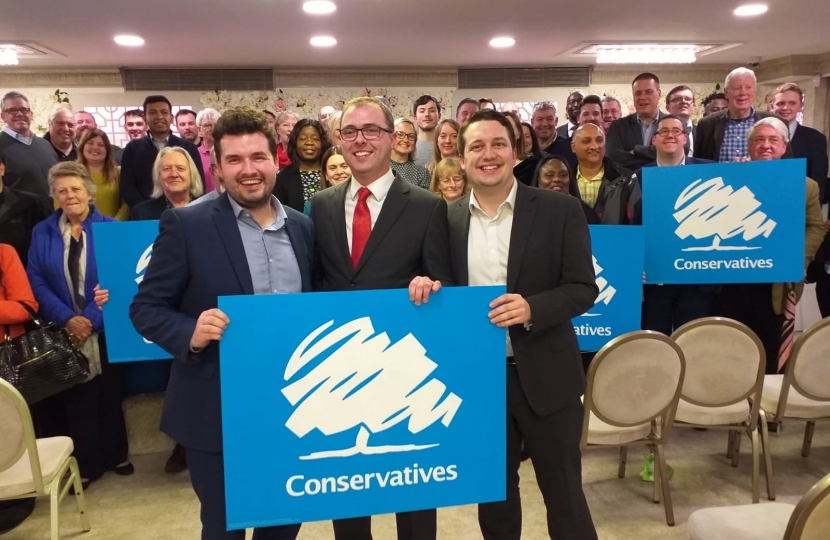 Huge congratulations to Neil Garrett who was tonight chosen to be the Croydon and Sutton Conservative candidate for the London Assembly elections next May.

Neil grew up on a council estate in the midlands before moving to Sutton nearly 20 years ago. His dad drove buses and lorries, his grandad was a coal miner. He believes passionately in working hard for his community - which he does well as a senior front bench councillor in Sutton.

He's earned a reputation locally as a dilligent community activist, using his career in IT, global data networks, and project management to focus on the detail that really impacts the lives of his residents - without losing sight of the bigger picture.

Neil will be out working in Croydon and Sutton, but he's already said his priorities are to:

I look forward to working with Neil over the next year and beyond once he is elected our representative in City Hall.

Neil will be taking over from the experienced Steve O'Connell who is retiring at the 2020 elections, having served on the GLA since 2008.

The Four Steps of the Lockdown Roadmap Explained

The Prime Minister set out today the four-step roadmap that will guide us out of lockdown. Here’s what that roadmap means for you.