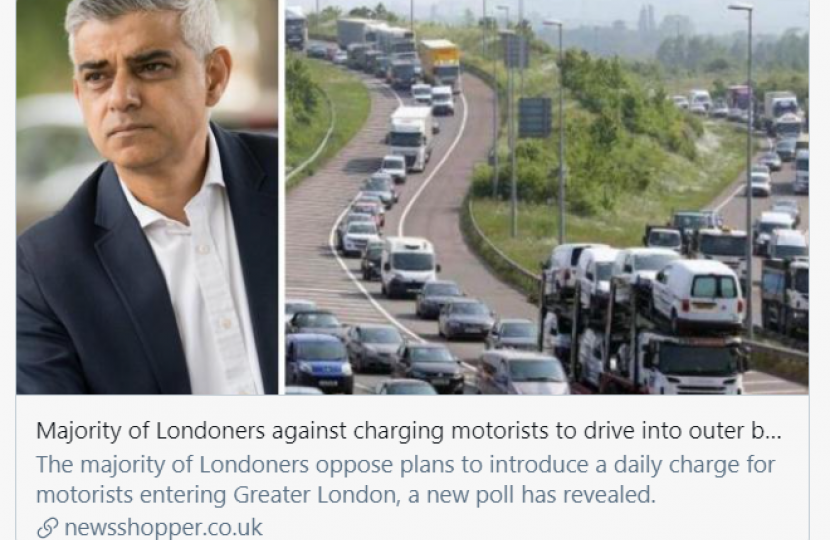 The Labour Mayor of London is planning a terrible entry tax to anyone who dares to travel in from the outside.

For those who live well into the city, it may not seem like a particularly large issue. But there are tens of thousands of residents who live straddling the border of London, and the future of those communities depends on regular travel from both directions.

This charge of £5.50 a day just to drive in will negatively impact:

A YouGov opinion poll found that 54 per cent on London-based respondents opposed the idea of a boundary charge. More Londoners think a boundary charge would hurt London’s economy (44 per cent) than help (21 per cent). Of the 56 per cent of Londoners who have family or friends who drive to visit them from outside Greater London, 53 per cent said this would be impacted.

Please watch the above video, and sign Shaun Bailey's petition!

The Prime Minister's statement on the death of His Royal Highness The Prince Philip, Duke of Edinburgh